The Policy Group consists of a team of competent, committed and experienced industry experts. 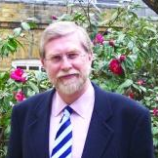 Derrick is an economist specialising in food and agriculture, with wide international experience, having lived and worked in Canada for 25 years before returning to the UK.

He earned an economics degree with first class honours in Canada, before earning an M.Sc with Distinction, in International Political Economy, and a PhD in international economic relations, at the London School of Economics.  Derrick has some 30 years’ international professional experience in the analysis and development of trade policy, negotiations and disputes, in addition to EU and other international agriculture, food, and land use policies.

For nearly 10 years he worked as the Senior Trade Policy Advisor to the Government of the Canadian province of Alberta, on trade policy analysis and negotiations, including the Canada-US FTA, NAFTA, and the Uruguay Round of GATT negotiations, as well as numerous international trade disputes.  Derrick has also taught occasionally as a guest lecturer in international trade policy at the University of Birmingham. In addition, he has more than 20 years’ professional experience with all aspects of the analysis, development, and implementation of EU agriculture and land use policy – including as Chief Economist at the NFU and later at the CLA. He has published numerous articles on international trade policy, agricultural economics and policy development, and spoken at conferences and seminars throughout Europe and North America. 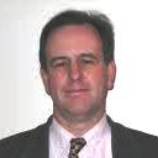 Peter studied at the Royal Agricultural College (University) and subsequently obtained an MSc in agricultural economics from Wye College part of London University.

Peter has been advising UK businesses and professionals on the prospects for and implications of EU policy developments for 25 years. He specialises in agriculture, rural development and renewable energy.

Mark is an accomplished and versatile versatile MBA and MCIPS qualified strategic Commercial Director with broad experience in both food and agribusiness sectors. He is an effective and credible communicator with a track record of building strong commercial relationships, high level negotiation and account management, international exposure and experience of operating and influencing at Board level. He is proactive and organisedl with a logical, pragmatic and positive attitude.

Alastair is a trader and analyst in global commodity markets. His experience includes trading in grains, soya-beans & meals, all vegetable oils, sugar and metals. He is also experienced in international foreign exchange and interest rate futures. Working for Louis Dreyfus from 1977 to 1988 (Head of Non-American Trading 1984-86 and MD of Louis Dreyfus Trading (UK) Ltd from 1986 to 1988).  From 1998 until 2009, he worked at the HGCA (UK Cereals Agency, now part of AHDB) where he was the Director of Crop Marketing.  He was appointed non-Executive Chairman by B&P Financial Services in South Africa from 1995 to 2011, using his background in risk hedging and trading in a multi-national environment.

He now works for CFM(UK)Ltd as a Consulting Market Economist, servicing clients with market-related projects and risk positions.

Managing Director of Increment and formerly proprietor of, and major contributor to, Inside Track (the leading specialist economics and policy magazine for the UK arable sector). 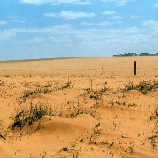 We have access to a number of associates on whom we will call to address specific issues. These include a recently retired member of the EU Agriculture Directorate, a lawyer with wide experience of UK and EU agriculture policy, and an accountant with similarly specialist sector experience.

As debate around UK agriculture policy, and the policy itself develops we will use our unrivalled contacts in UK and EU government, and their advisors, to provided a detailed understanding of the options and impacts in both general and specific areas of interest to our clients.